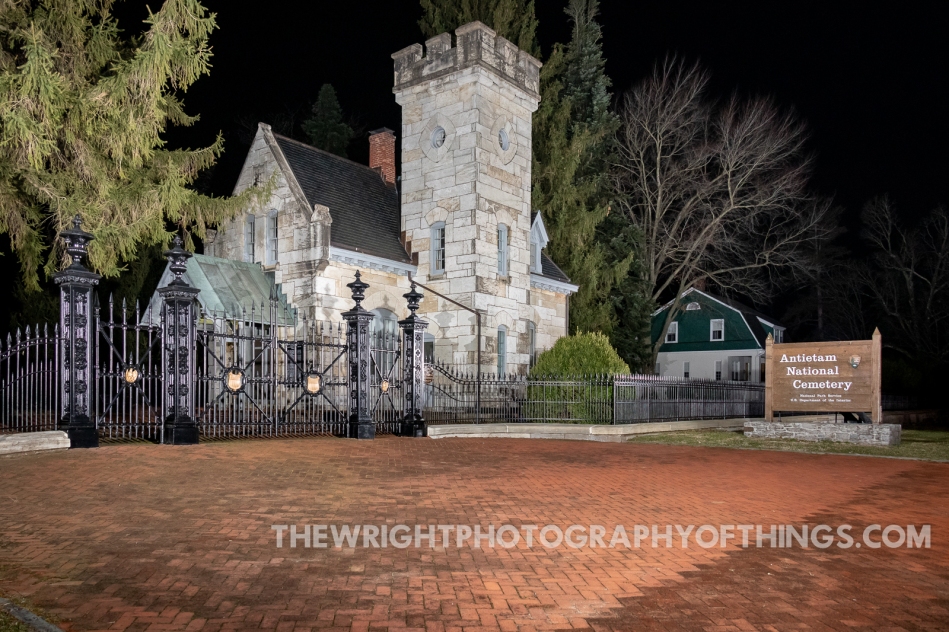 Located at the entrance to Antietam National Cemetery, the Lodge House is an important part of the cemetery’s historic landscape. This structure served as the living quarters, office for the cemetery’s superintendent and until 1963, served as the National Park Service’s Visitors Center. The observation tower provided a commanding view of the Antietam Civil War battlefield.
Architecturally, its elaborate iron gates at the entrance to the cemetery were erected in 1866 by Robert Wood and Company of Philadelphia for a cost of $880 while the gothic-inspired lodge house typifies the designs popular in the mid-nineteenth century. Although similar in function to other national cemetery lodges, the Antietam Lodge was constructed under the auspices of the Antietam National Cemetery Commission established by the state of Maryland. As such it predates Quartermaster General Montgomery Meigs’ 1871 standard plan for National Cemetery lodges. Instead, the Lodge’s Gothic Revival design was executed by Washington, D.C. architect Paul Pelz. The national cemetery was governed by the Board of Trustees of the Antietam National Cemetery Commission until 1877, when the War Department took over stewardship.