Many of today’s railroad companies are a combination of other railroad’s merged into one another or simply purchased outright and abandoned. For example, today’s CSX is a combination of the Chessie system and Seaboard System which included multiple railroad’s like the B&O, WM, C&O, L&N, ACL just to name a few.

The CSX OCS symbol P001-25 photographed in Martinsburg, WV as it makes it’s journey from Chicago, IL to Waycross, GA with some VIPs on board on the evening of August 26, 2021. CSX painted the entire train (engines and cars) in 1950’s Baltimore and Ohio Railroad passenger era colors. You’ll even note the brass “Capitol Dome” on the front of CSX 1. 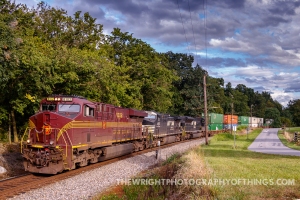 Empty ballast hopper BO964346 sits at the siding on the former B&O/Chessie Petersburg Branch at Green Spring, WV now operated by the State of West Virginia as the South Branch Valley Railroad. Joining it is former B&O/Chessie GP9 6240, a workhorse of the railroad. An unlikely pair found 40 years after the demise of Chessie but still living together in harmony in 2021 and it active service 50-60 years after their build dates. 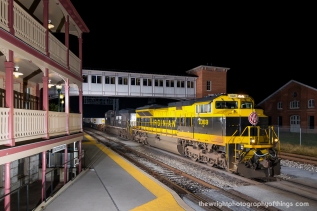 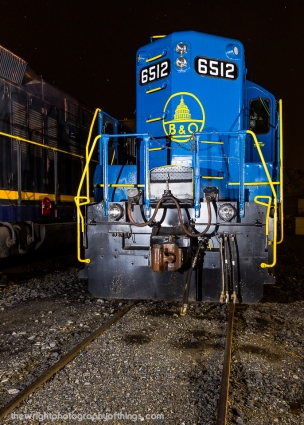 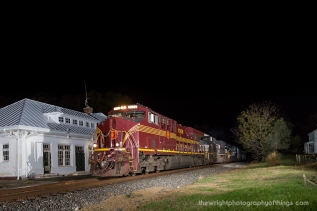 October 29, 2016 saw another NS heritage unit leading a train through the area. Here is NS 8102 the “Pennsylvania Railroad” leading 36Q by the N&W Depot in Boyce, VA just shortly before 11pm.

30 stars decorate the cab of Pennsylvania and Southern Railroad SW7 #17 with 15 on each side to honor those American servicemen that perished in the 2011 Extortion 17 Chinook helicopter crash in Afghanistan. 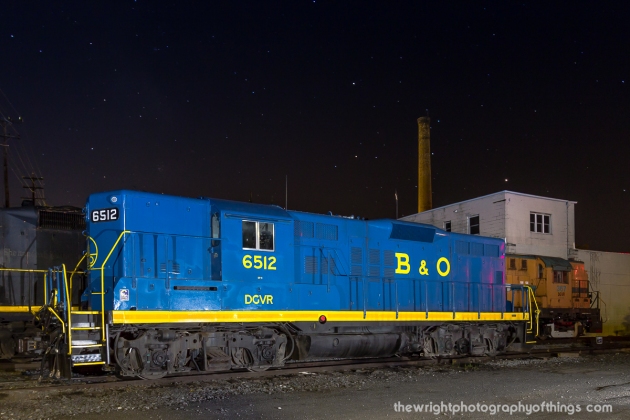 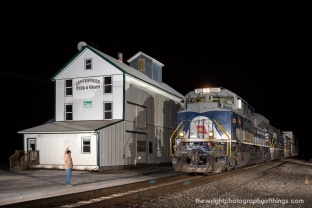 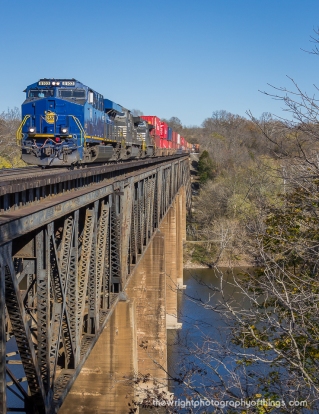 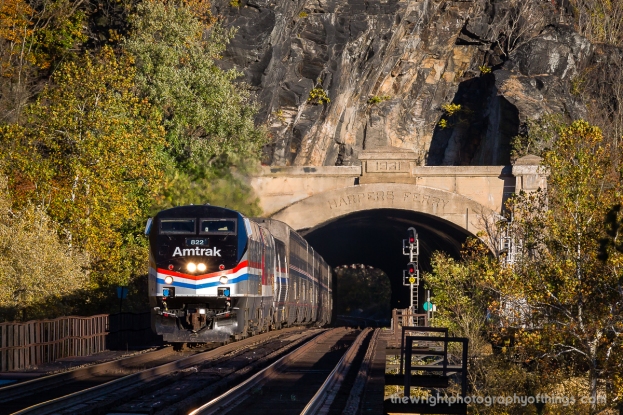 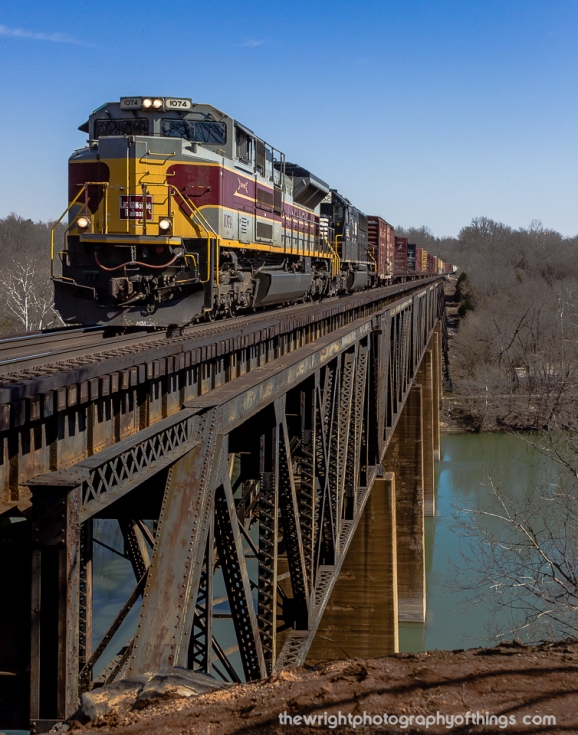 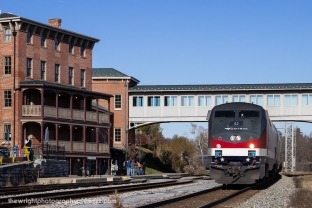 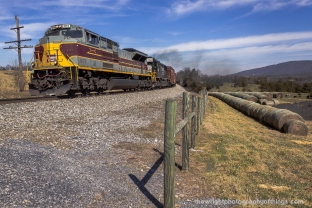 HOLDING AT LEE’S: Due to a derailment on the CVRR near Carlisle, a PRR extra pauses at Lee’s Crossroads, PA after merging off the PRR main at Shippensburg to head east to Harrisburg where it will rejoin the main. Just kidding, its NS 043 with the restored PRR E8’S heading back from Spencer, NC.

H48.4 CENTRAL OF GEORGIA: My first Norfolk Southern Heritage Unit I photographed in September, 2012 at White Post, VA. The building to the left is the 1940’same N&;W freight house. 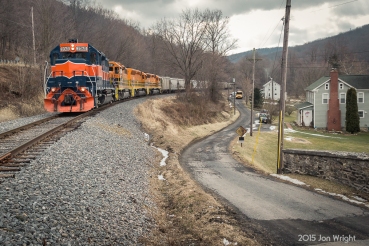 MOUNTAIN RAILROAD: The original logo for the MMID was a diamond with MM interlaced with each other to represent the Mountains and Valleys it traversed. No better example of this is the segment of line from Thurmont to Highfield where the railroad follows Owens Creek to Sabillasville. Here at the small hamlet of Lantz, the rails leave the gorge and begin it’s heavy pull to the top. 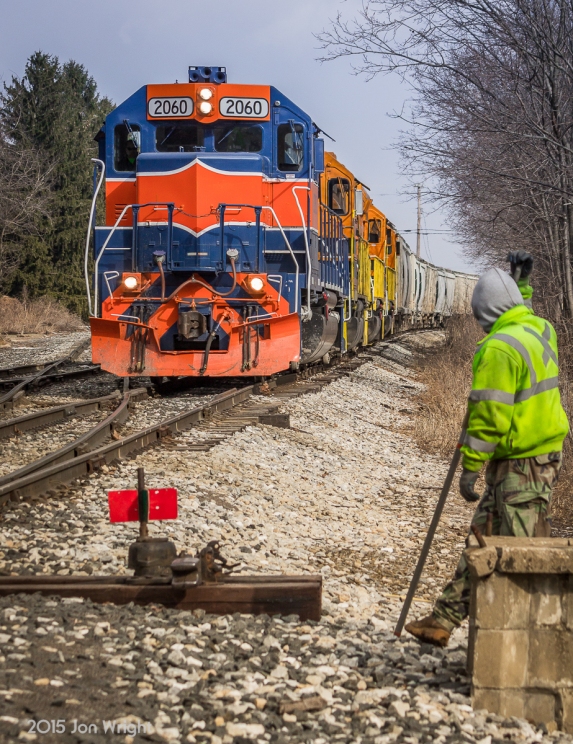 BACK IN TIME, B&O RR MUSEUM

HIGHFIELD INTERCHANGE: After pulling onto CSX trackage, UBHF reverses onto the siding to drop off its train at Highfield. 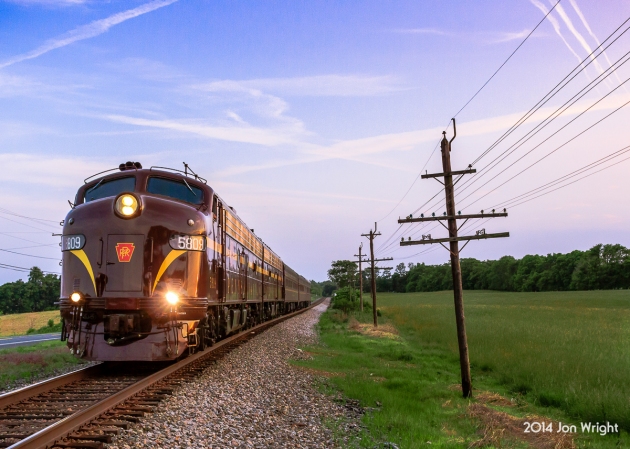 GOLDEN SLUMBERS: Returning from the Streamliner event in Spencer, NC are the Juniata Terminal restored PRR E8’s and train pictured at sunset after crossing the Potomac River. The train will stop at Hagerstown before continuing its trip back home to Philly the next day. 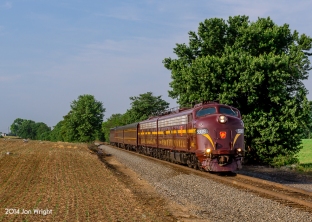 ON THE OLD CVRR: The southern end of the NS Lurgan Branch is actually the old Cumberland Valley Railroad that went from Harrisburg, PA to Winchester, VA. The CVRR was later acquired by the PRR so catching the PRR E8’s on home rails was an added bonus here just south of the Mason Dixon Line.

GOT HERITAGE?: Sitting in the yard before being sent west to Cumberland on the nights D720 is the B&O F7 coming back from the event over the weekend in Spencer, NC. Although not a true B&O Heritage engine, the former BLE locomotive was painted into the Baltimore & Ohio livery in 2010 to honor the South Branch Valley’s 100th anniversary. Also pictured are two EMD GP40-2’s both of C&O heritage.