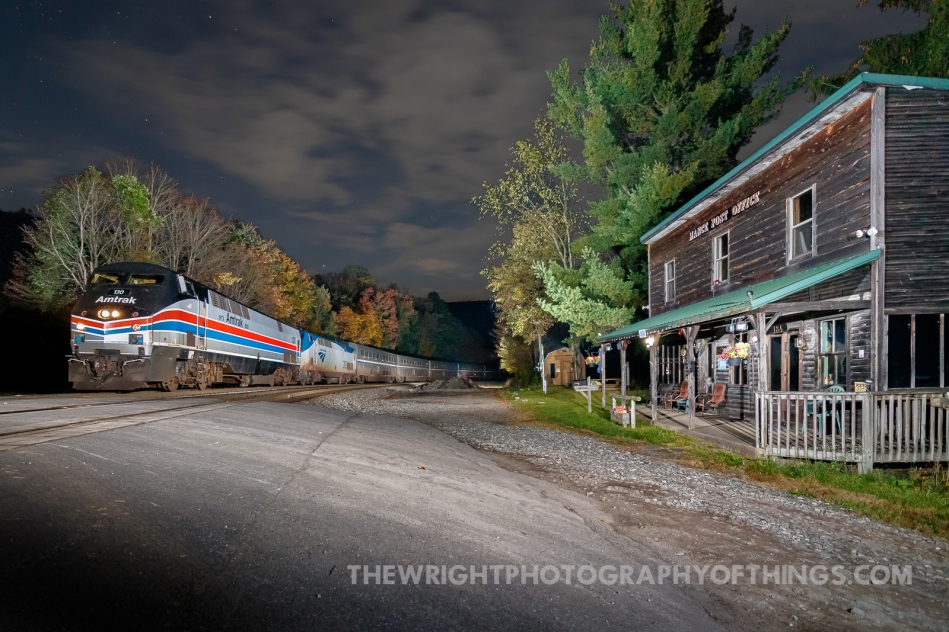 MANCE NIGHTS The Capitol Limited eases around the less famous horseshoe curve in the Alleghanies at Mance, PA on the former Baltimore and Ohio Railroad mainline between Cumberland, MD and Pittsburgh. The building at the apex of the curve on the right sits at an elevation of 2,048 feet. Leading the train is AMTK 130, one of the engines painted in previous liveries to celebrate that railroads 40th anniversary in 2011. This engine was painted into the Phase 2 scheme in 2018 after AMTK 66 which originally was painted in 2011 was scrapped after a vehicle collision. Photographer note: A double exposure was used to complete this image. One for the sky and another with the lit up scene..