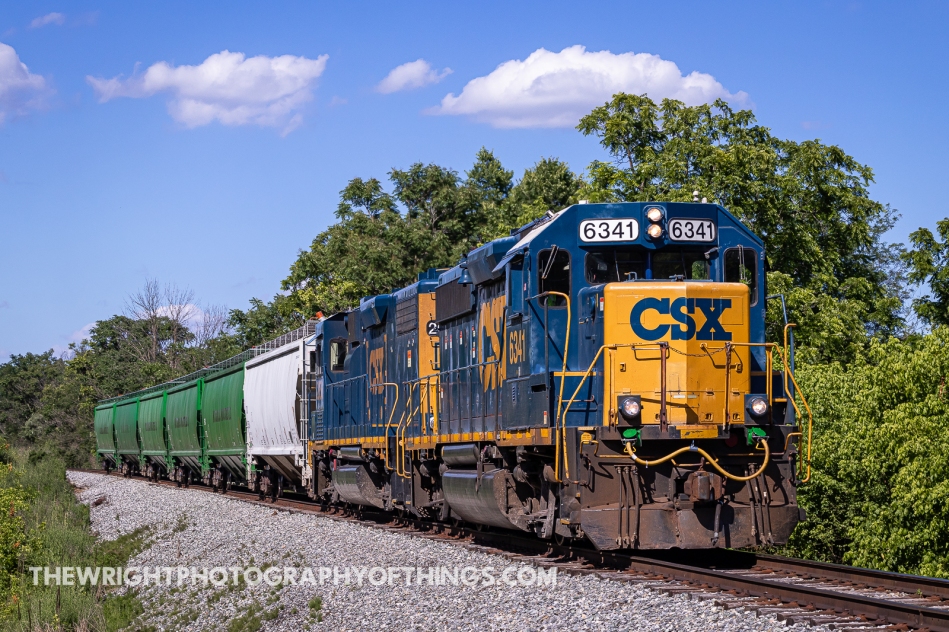 I did some minor railfanning south of Winchester, VA on Wednesday June 23, 2021. I was in town running a couple errands when I saw CSX D788 roll by the station on Kent and Piccadilly Streets. The evening rush hour was just beginning and I wasn’t able to catch up to it until it had dropped off a few lumber cars at Stephen’s City and watch it go by at the crossing. Traffic let up enough I was able to get ahead of it further south and here caught it just north of Middletown, VA.
The location is where on October 19, 1864 that the surprise attack of 14,000 Confederate troops that had driven 32,000 Federal forces in the Battle of Cedar Creek halted. The Union Army later regrouped a couple miles to the north to mount a counteroffensive that would clear the field and the Shenandoah Valley of any considerable rebel force for the rest of the Civil War.