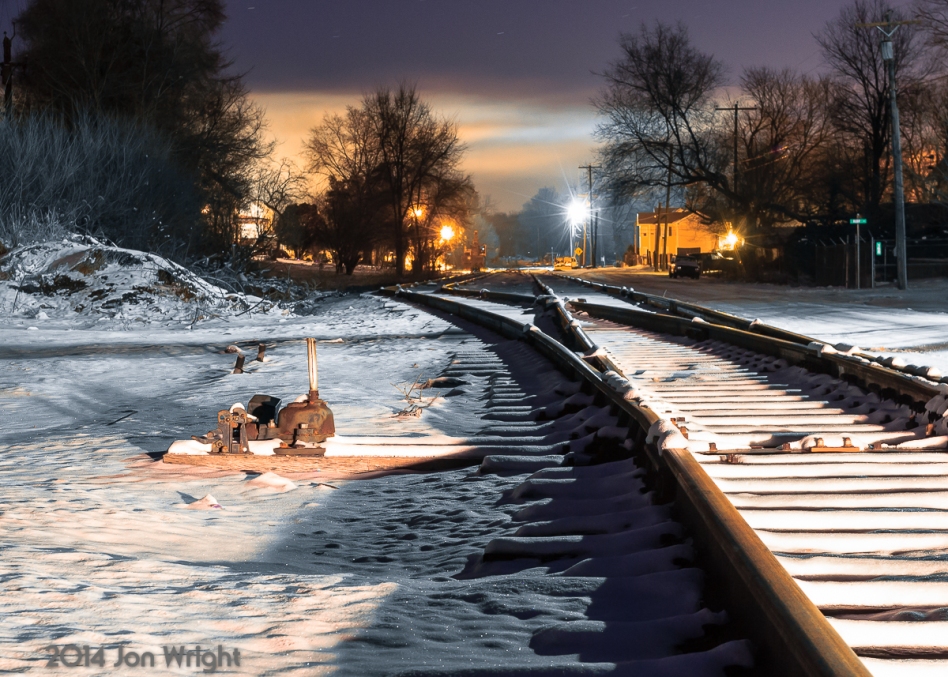 A recent snow event the previous day makes for some “cool” scenes like this one looking North at the old Norfolk & western/Baltimore and Ohio Railroad Interchange Yard. The temperature at the time this was taken was holding at a steady 9 degrees on the evening of Friday January 3rd, 2014. The scene is lit by the headlights of my parked car behind me to the right, an overhead street light and in the distance, smoke from a house’s fireplace lit up by perimeter lights from the neighbors house. The interchange was used until the early 2000’s when NS switched the interchange to Hagerstown via Vardo yard and the acquisition of Conrail. It is now used for storing MoW equipment. New siding and interlocking work at Daniels and Shen are underway. The look you see here may change dramatically.