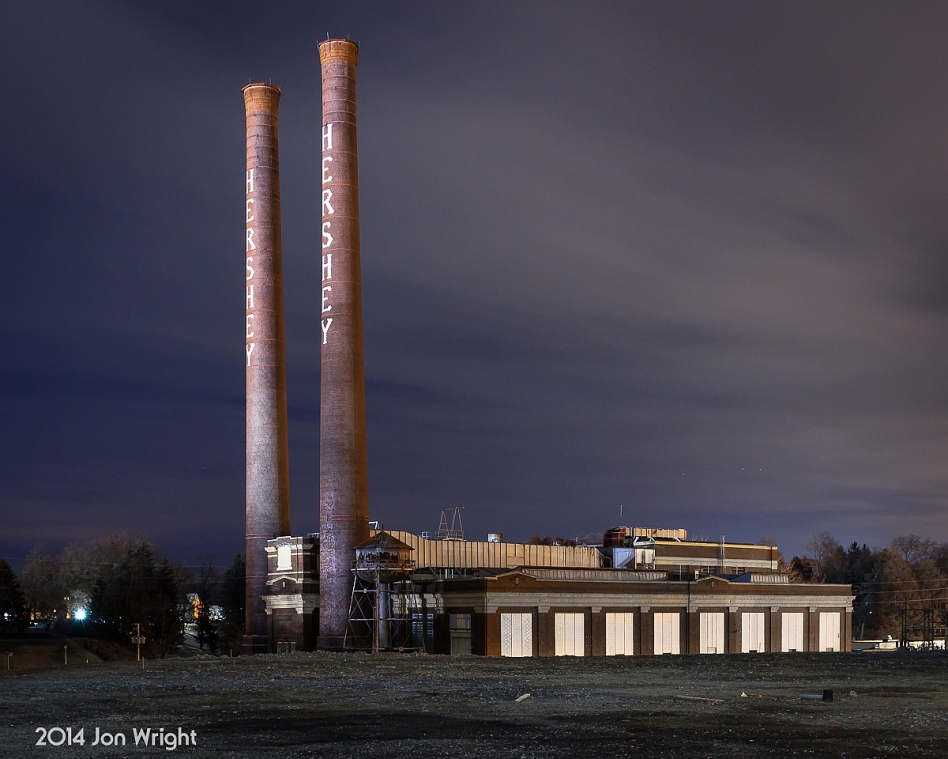 HERSHEY HISTORY: Sitting on a spot of history where chocolate was made for over 100 years. The Hershey Chocolate, a staple from the area and helped develop the confection to the country once stood at this spot beginning in 1903 and built into sections. Now, torn down in 2013, the land is bare minus a section renovated into commercial office space and the iconic smoke stacks and power plant as seen here. A new facility was finished in late 2012 west of town and has taken on the duties once performed here.